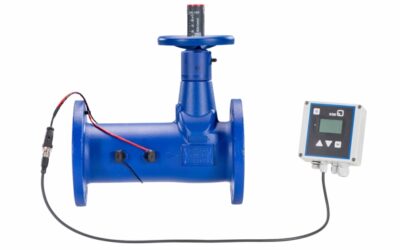 The valves are mainly used for hydraulic balancing in hot-water heating systems, air-conditioning systems and cooling circuits as well as in other applications for flow rate and temperature measurement. This design saves the costs of purchasing and installing additional valves. It also reduces the installation space required.
The valve series uses ultrasound waves to record the flow rate via transit time difference measurement. In addition, an integrated temperature sensor precisely records the fluid temperature. The data gathered can either be saved on site using a mobile measuring computer or transferred continuously to a control station via a stationary measuring computer. Two sensors attached to the BOA valve enable ultrasonic sensor measurement. Unlike the differential pressure measurement common for hydraulic balancing, the valve and the measuring computer are connected by electric cables rather than by two pressure measurement hoses. This prevents leakages and reduces the risk of operating personnel getting injured when working with hot water. Also, irrespective of the valve travel positions and the minimum differential pressures, the flow rate can be determined while the handwheel is being moved.
Depending on the application, the sensors can be attached in two different ways:

Since the previous generation the developers have further increased the measurement accuracy and extended the permissible measuring range. Further additional functions such as error messages, measurement data protocols and direction of flow indicators raise the system’s reliability.

It is important for plant operators to keep their plant in operation without interruption in order to achieve the highest possible productivity. For this purpose, the manufacturer W-Filter provides various filter ... 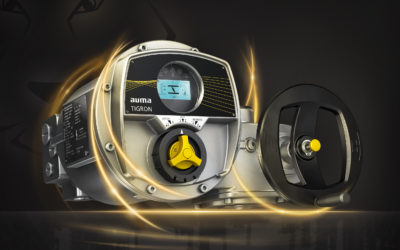 New actuator for the oil and gas industry

AUMA’s new TIGRON actuators are designed to meet the exacting requirements of the global oil and gas industry. Building on AUMA’s more than 50 years of experience as a leading electric actuator manufacturer, TIGRON ... 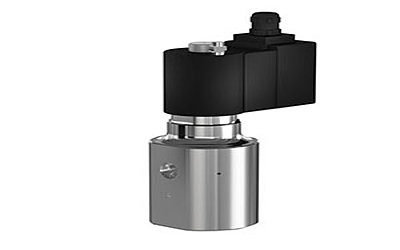 New solutions for high-pressure applications: Applicable up to 1,000 bar

As a specialist for customised valve solutions, GSR Ventiltechnik has now developed a servo-controlled high-pressure solenoid valve for climate-neutral hydrogen refuelling systems that is designed for pressures up to ...

Your free email newsletter for the valve industry.
Sign up now 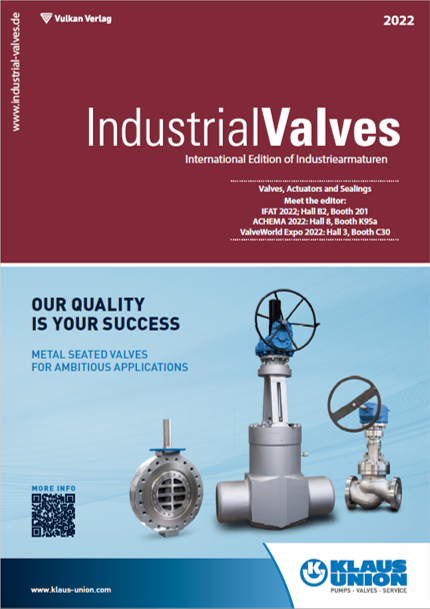 What steps are important now to enable a stable but sustainable economy? The international edition of “Industriearmaturen+Dichtungstechnik” would like to accompany you in these steps and show you what is already possible today in ... 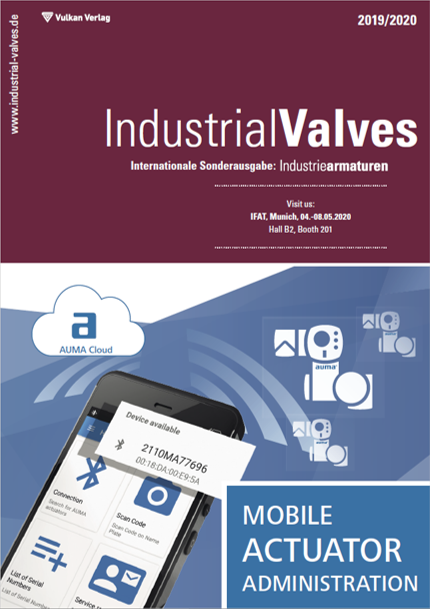 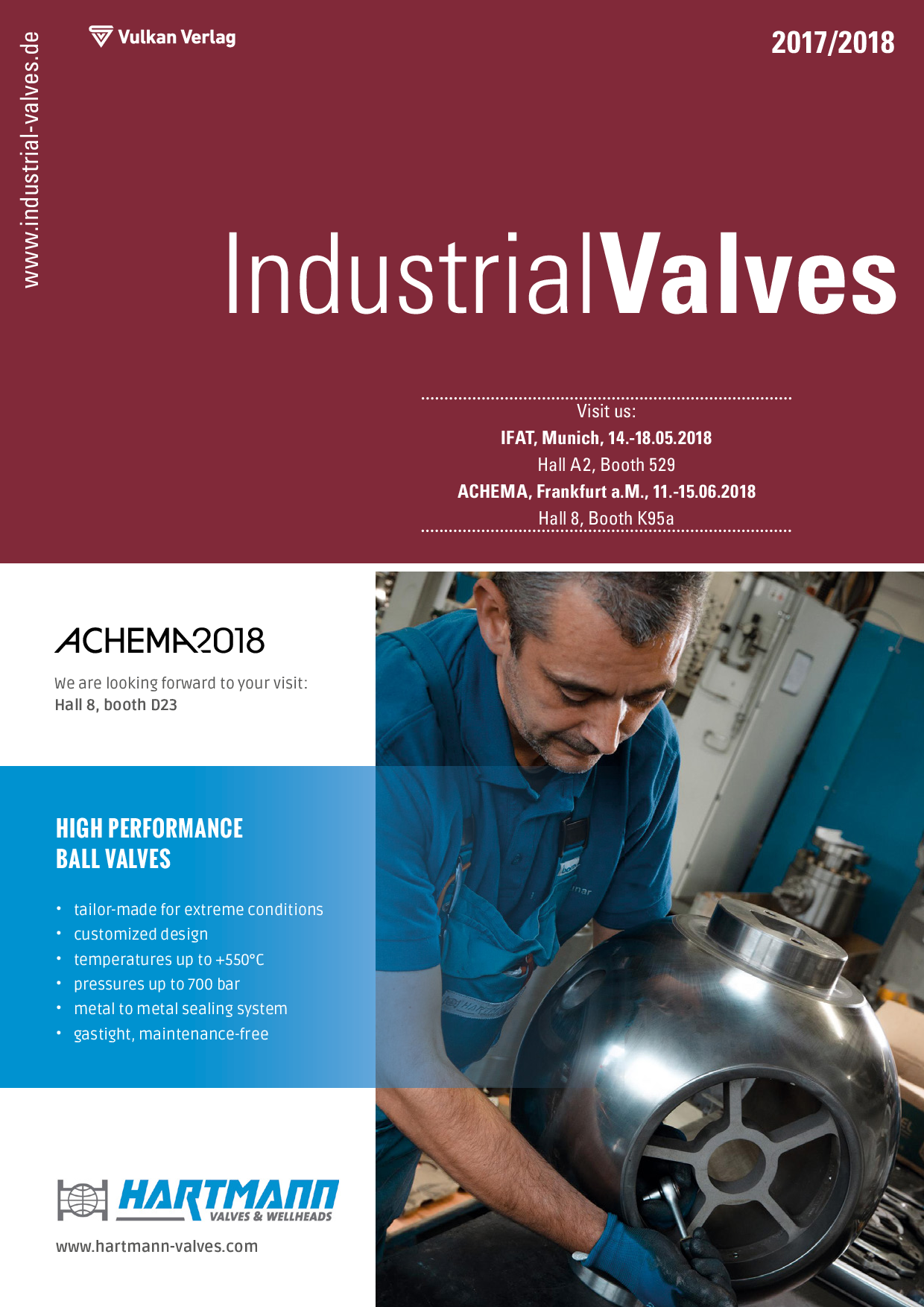 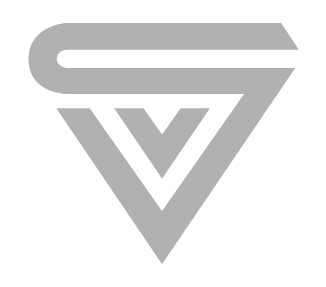 Data protection
Details
Imprint | Datenschutzhinweise
Industriearmaturen, Owner: Vulkan-Verlag GmbH (Registered business address: Germany), would like to process personal data with external services. This is not necessary for using the website, but allows me to interact even more closely with them. If desired, please make a choice:

Data protection
Details
Imprint | Datenschutzhinweise
Industriearmaturen, Owner: Vulkan-Verlag GmbH (Registered business address: Germany), would like to process personal data with external services. This is not necessary for using the website, but allows me to interact even more closely with them. If desired, please make a choice:
Analysis / Statistics (1 Service)
Anonymous evaluation for troubleshooting and further development
Google Analytics
Google LLC, USA
ⓘ All Details
ⓘ All Details
Loading details
Back
Accept selection Accept nothing Accept all
Accept
selection